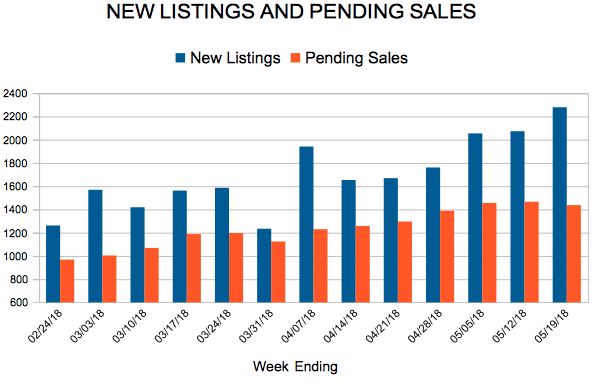 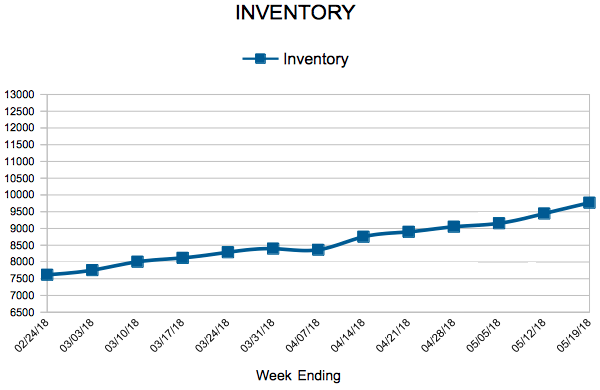 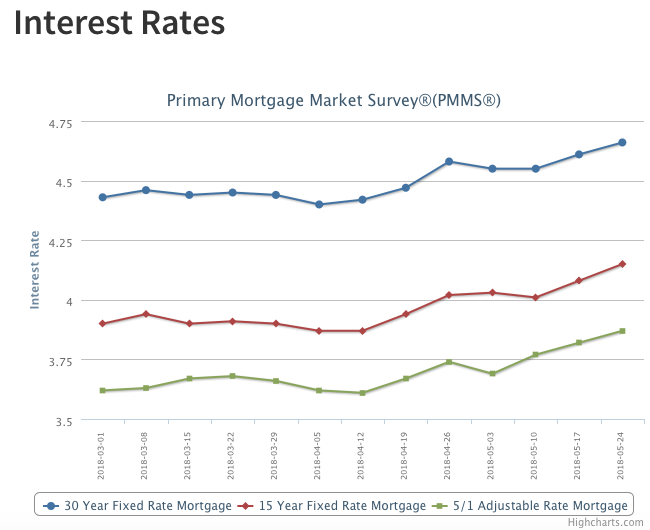 Mortgage rates moved up over the past week to 4.66 percent, their highest level since May 5, 2011 (4.71 percent). Mortgage rates so far in 2018 have had the most sustained increase to start the year in over 40 years. Through May, rates have risen in 15 out of the first 21 weeks (71 percent), which is the highest share since Freddie Mac began tracking this data for a full year in 1972. 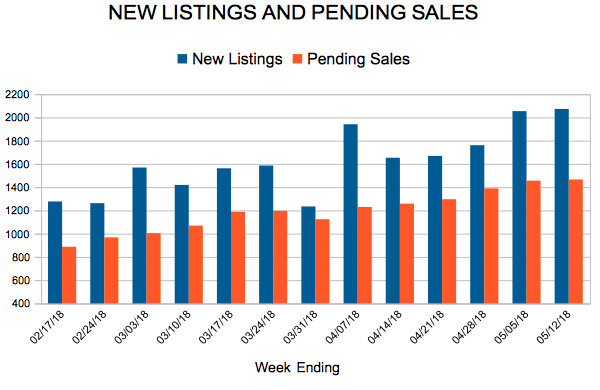 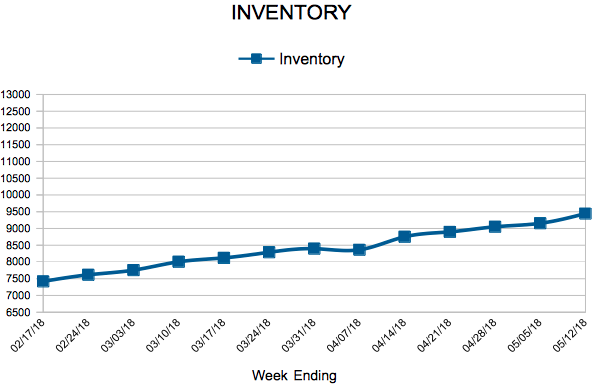 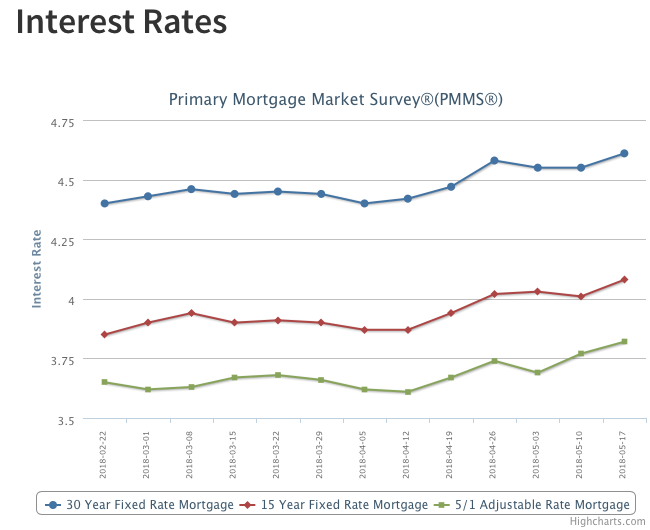 After plateauing in recent weeks, mortgage rates reversed course and reached a new high last seen eight years ago. The 30-year fixed mortgage rate edged up to 4.61 percent, which matches the highest level since May 19, 2011. Healthy consumer spending and higher commodity prices spooked the bond markets and led to higher mortgage rates over the past week. Not only are buyers facing higher borrowing costs, gas prices are currently at four-year highs just as we enter the important peak home sales season. 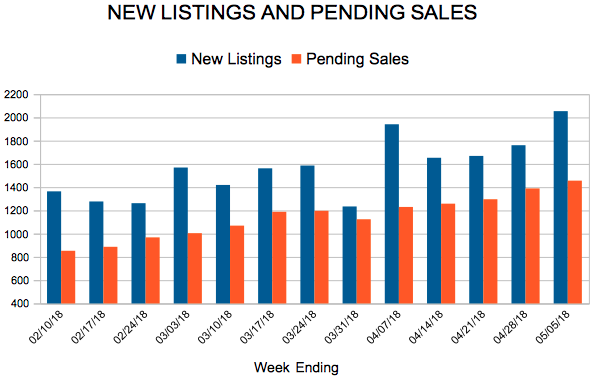 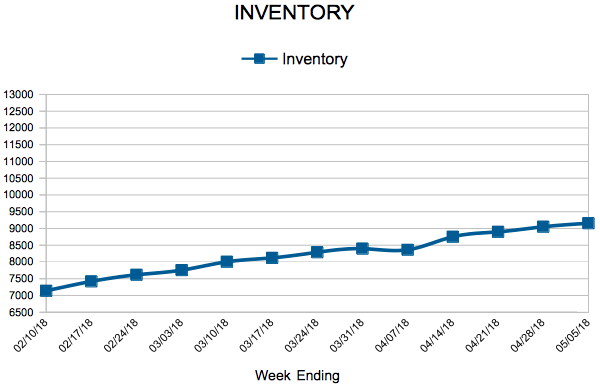 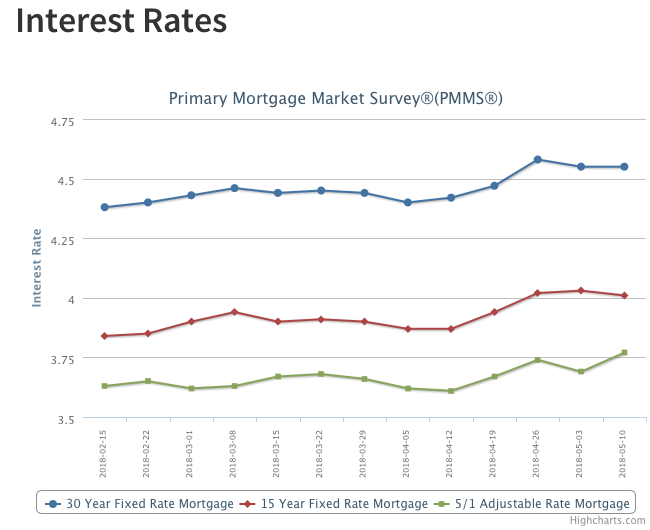 The 30-year fixed mortgage rate remained at 4.55 percent over the past week. The minimal movement of mortgage rates in these last three weeks reflects the current economic nirvana of a tight labor market, solid economic growth and restrained inflation. While this year’s higher rates – up 50 basis points from a year ago – have put pressure on the budgets of some home shoppers, weak inventory levels are what’s keeping the housing market from a stronger sales pace.