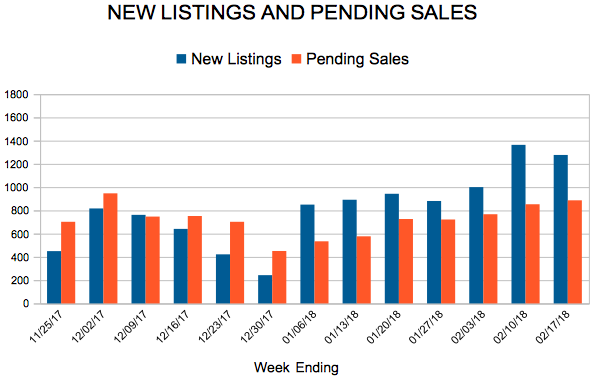 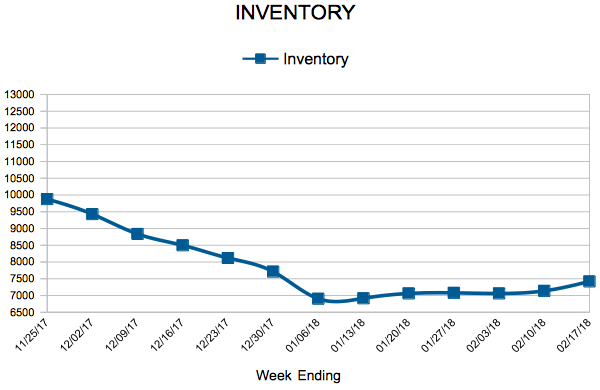 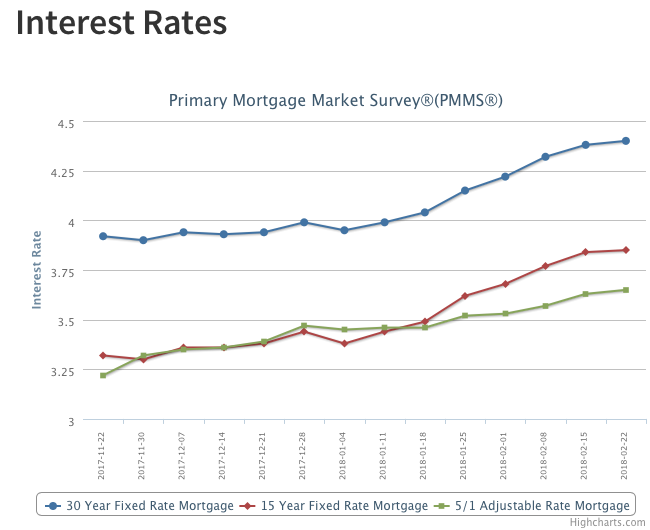 Fixed mortgage rates increased for the seventh consecutive week, with the 30-year fixed mortgage rate reaching 4.40 percent in this week’s survey; the highest since April of 2014. Mortgage rates have followed U.S. Treasurys higher in anticipation of higher rates of inflation and further monetary tightening by the Federal Reserve. Following the close of our survey, the release of the FOMC minutes for February 21, 2018 sent the 10-year Treasury above 2.9 percent. If those increases stick, we will likely see mortgage rates continue to trend higher. 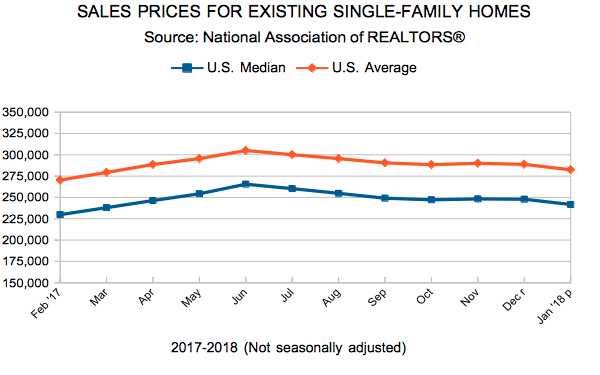 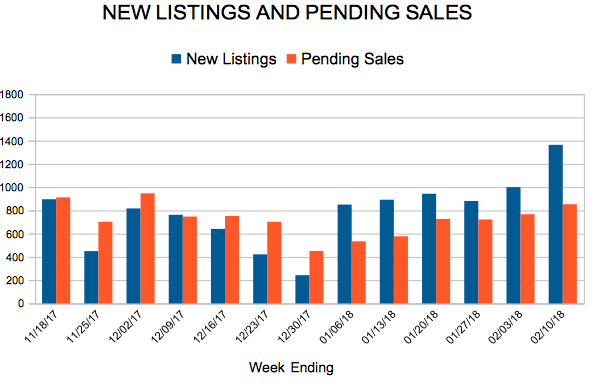 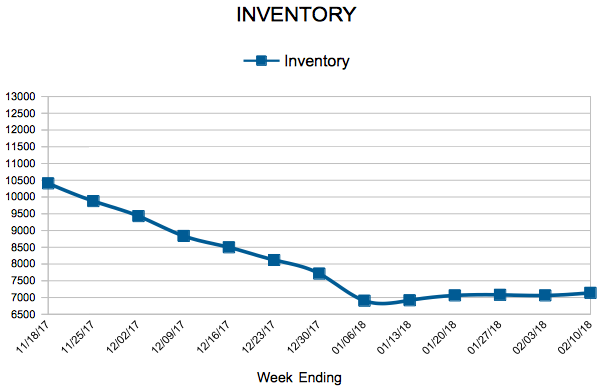 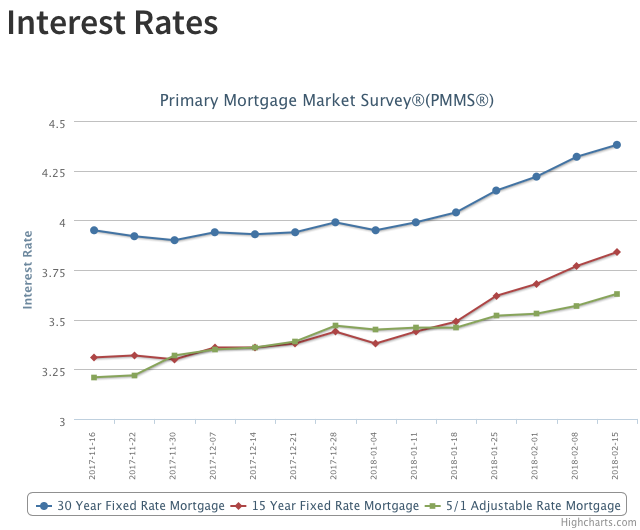 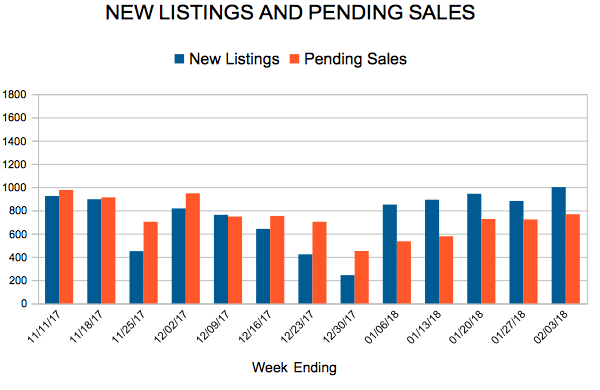 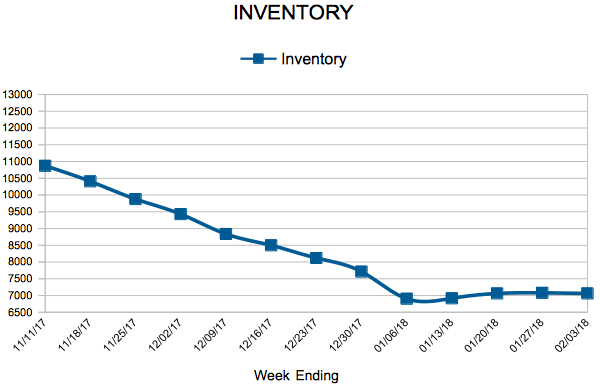 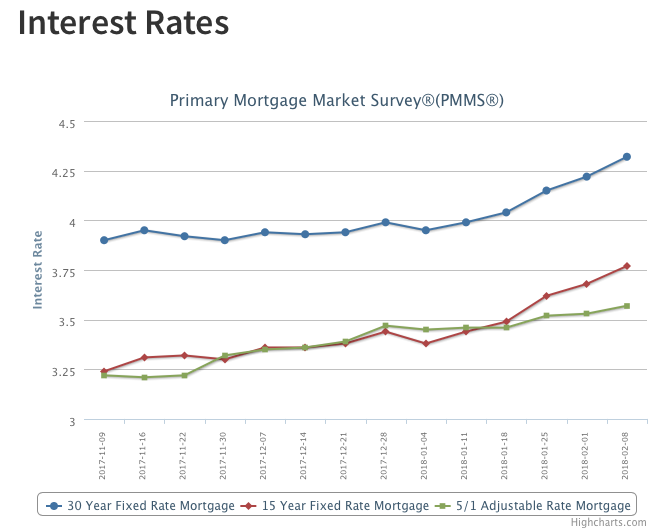 The U.S. weekly average 30-year fixed mortgage rate rocketed up 10 basis points to 4.32 percent this week. Following a turbulent Monday, financial markets settled down with the 10-year Treasury yield resuming its upward march. Mortgage rates have followed. The 30-year fixed mortgage rate is up 33 basis points since the start of the year. Will higher rates break housing market momentum? It’s too early to tell for sure, but initial readings indicate housing markets are sustaining their momentum so far. The MBA reported that purchase applications are up 8 percent from a year ago in their latest Weekly Mortgage Applications Survey.